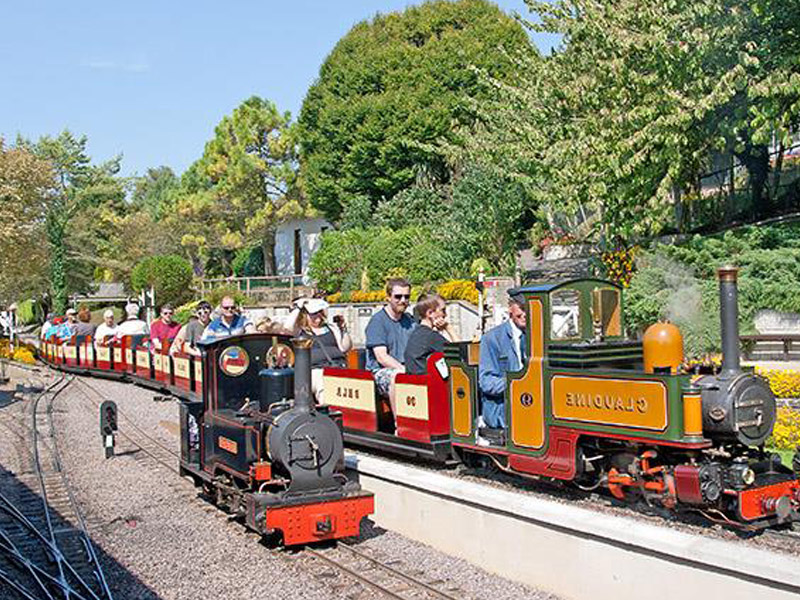 Pecorama stands proudly above the village of Beer, high on the hillside overlooking the sea. The 9 acre site includes the manufacturing production of the world famous PECO products. This is the same team behind Railway Modeller and Continental Modeller magazines, as well as one of the West Country’s best loved tourist attractions – Pecorama, which includes the Beer Heights Light Railway. For families, garden lovers and model railway enthusiasts alike, there is something for everyone to make your day out really special.

Considered by many to be the finest 7¼ inch gauge railway in Britain. The Beer Heights Light Railway (BHLR) first opened to the public on the 14 July 1975. Given the location of Pecorama, high on the hillside above the village of Beer, a ride on the railway offers wonderful views over Lyme Bay and along the Jurassic Coast, a UNESCO World Heritage Site, to the distant Portland Bill.

When the Beer Heights Light Railway opened to the public in 1975, the garden area was very small, with only one or two shrubs and a few trees. As the railway grew in size, so did the garden. It was not until 1984 when we purchased a large greenhouse and had some excellent tuition from professional horticulturist, Arthur Faulkner, did we introduce colour into what had become a rather green and uninteresting area. Ever since then, the gardens have been filled with a variety of attractive flowers and have given much pleasure to our many visitors.